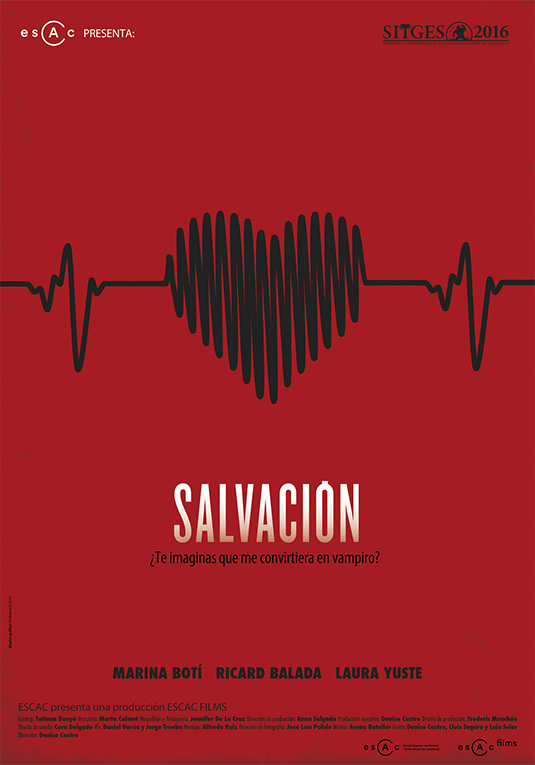 Stuck in a hospital waiting to undergo open heart surgery, Cris (Marina Boti) constantly deceives her mother and the nurses to spend time with another patient named Victor (Ricard Balada) who claims to be a vampire. As the potentially deadly surgery approaches, Cris is faced with the temptation of immortality or leaving her future up to fate. By setting the film in a hospital where every day is defined by the fight for survival, director Denise Castro keeps the horror rooted in the most human fear of all – the fear of death. Filled with moments of sadness and paralyzing dread, Salvation is a terrifying new entry in vampire canon that stands right alongside Let the Right One In. —Joseph Hernandez