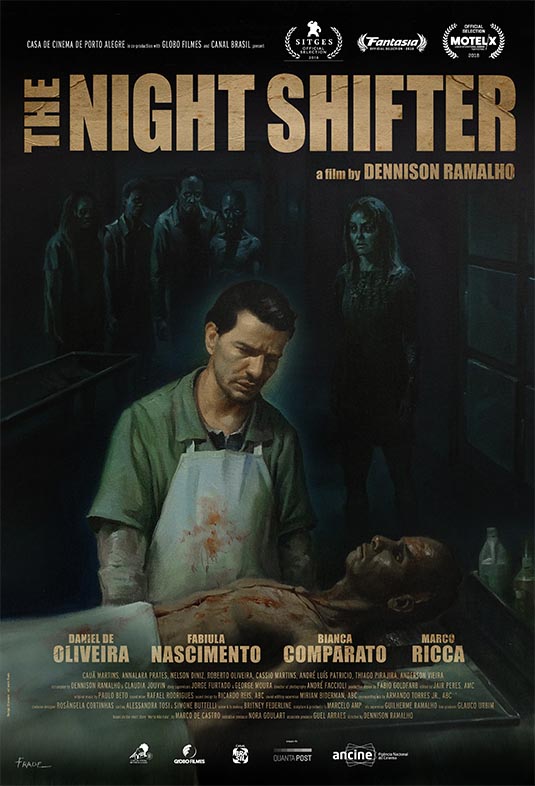 You know that old expression, “Dead men tell no tales”? Well, don’t tell that to Stênio, a well-meaning family-man whose life is, prior to understanding the falsehood of that old expression, a mess. His wife can’t stop reminding him that their situation is dire thanks to financial stresses and general marital discord; even worse, when he’s working as a mortician, mean-spirited paramedics make it their second job to routinely make fun of Stênio. Weirdly enough, his reprieve comes from the corpses he works on, all of whom can communicate with him. But when one specific stiff reveals a big secret, Stênio finds himself, as well as his family, under attack, turning his world into a living hell courtesy of the undead.

Blending dark humor with visceral scares and buckets of gore, Brazilian filmmaker Dennison Ramalho (“J is for Jesus” in ABCS OF DEATH 2) makes his feature debut with the kind of full-throttle horror film that’s directly engineered for a thrill-seeking festival audience. No-holds-barred in its hardcore nature, THE NIGHT SHIFTER goes all out in its depiction of one man’s inner rage being exposed by the should-be deceased. —Matt Barone