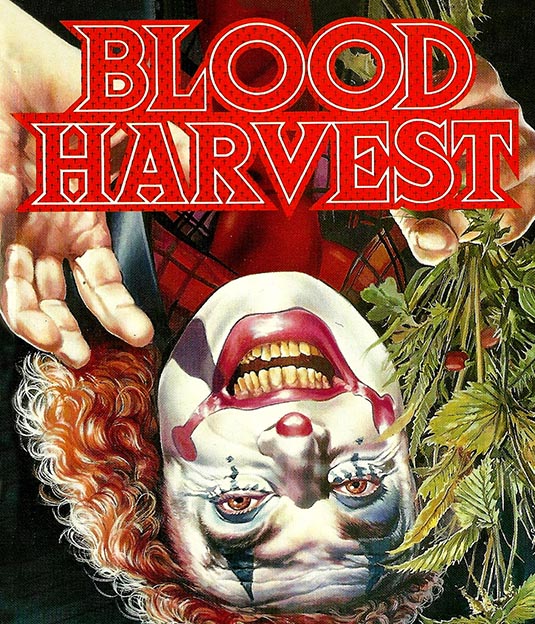 Within the slasher movie canon, there are the indisputable giants: Jason Voorhees, Freddy Krueger, Michael Myers. But what about Marvelous Mervo? Sure, he’s not the omniprescent icon that those other homicidal maniacs are, but there’s something to be said about a madman who’s played by eccentric ’80s music star Tiny Tim dressed like a clown and who leaves victims’ bodies hanging upside down in a barn like cattle.

If that sounds weird enough on its own, just wait until you experience the entirety of BLOOD HARVEST, one of the strangest ’80s slasher movies you’ll ever see. BHFF is thrilled to host the world premiere of a newly restored print of director Bill Rebane’s unnerving and often uncomfortably hilarious oddity, courtesy of Vinegar Syndrome. Full of gnarly kills, Tiny Tim’s signature brand of weirdness, and relentless unpredictability, BLOOD HARVEST is ripe for watch-it-with-a-rowdy-crowd rediscovery. —Matt Barone

Vinegar Syndrome is a film restoration and distribution company with a catalogue of hundreds of feature films, produced primarily between the 1960s and 1980s.

Founded by Ryan Emerson and Joe Rubin, VS has been acclaimed by The New York Times, Village Voice, Dangerous Minds, The Foglenest Files, and many others as one of the premier independent genre film focused distribution companies in the world, and was noted by Alamo Drafthouse Theatres as “…perhaps the most important home video label in the world for genre film…”