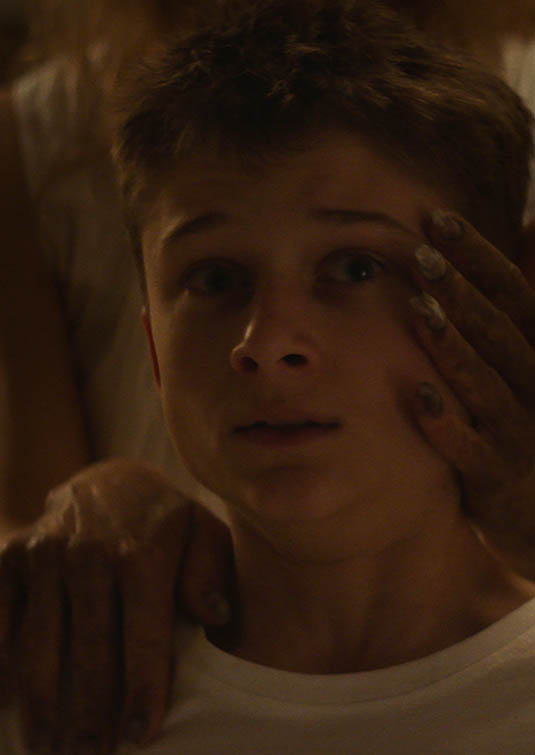 There’s no messing around here—it’s time to go straight for the jugular. Sleep will be scarce thanks to the sadists, human-eating fairies, shape-shifting demons, and faith-based reapers that inhabit these shorts.

Unable to sleep, a little boy goes to the kitchen for a glass of milk. If only he’d known that his sleepwalking mother would be there.

What better way to cap off a great first date than by going back to her place? What could possibly go wrong?

Some birthday celebrations are a bit unconventional. Others, like the one given to this teenage girl, are pure hell.

Alone in her house, an old woman can’t shake the feeling that there’s something else there with her, possibly the dreaded Black-Eyed Child.

In order to protect her dying child, a mother must use the only line of defense possible against a demonic force: rings of salt.

As a child, Yiva had a special bond with her mom—who happened to dress like a rabbit. Now, as an adult, Yiva’s special connection to Mother Rabbit is ready to fully manifest itself.

A little girl unwittingly walks in on her parents’, to put it lightly, unusual behind-closed-doors activity.

The Girl in the Snow, dir. Dennis Ledergerber (Switzerland)

A foley artist’s job isn’t as mundane as you may think.

Mina and her little sister, Alice, are dealing with a lot at home. To help their anxieties, Mina brings Alice to the woods to find a fairy. It’s a bad idea.